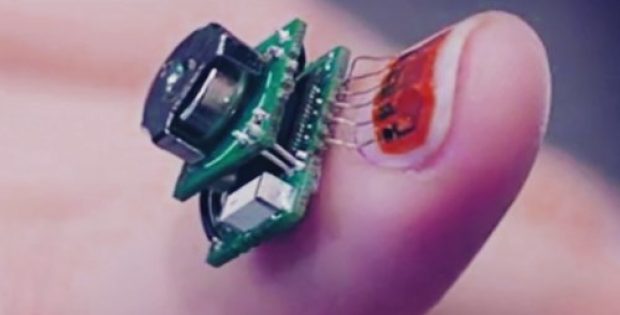 International Business Machines Corporation (IBM), a leading American multinational IT (Information Technology) company, has made it to the headlines for developing an innovative ‘Fingernail Sensor’ prototype. Apparently, the sensor employs AI (Artificial Intelligence) and Machine Learning for monitoring and analyzing human health and disease progression.

Sources with knowledge of the development affirm that the fingernail sensor is a wireless and wearable device and helps in consistently measuring the fingernail moves and bends, which also indicates a person’s grip strength. The device uses a set of strain gauges to detect the wearer’s nail deformation as they turn a key, grab objects, write with the finger or open a pill bottle.

The sensor subsequently sends the collected data to a smartwatch tapped with AI and machine learning to examine the deformation and detect issues, added the sources. According to a report by Business Recorder, IBM revealed that the sensor would use a neural network for precise detection of finger-written digits which would in turn help to recognize health issues related to cognitive functions as well as motor skills.

Sources further mentioned that even though skin-based sensors help in sensing muscle and nerve cell health or reflect a person’s intense emotional state, these are often likely to cause problems like infection with older patients. However, the new system is said to be using signals from the fingernail moves such as the tangible sensing of temperature, pressure and surface textures.

Katsuyuki Sakuma, a research staff member at Thomas J. Watson Research Center of IBM in New York, was reported stating that the company has determined a new use for a person’s nails with the detection and characterization of their subtle movements.

It is now possible to derive insights into health conditions and enable a novel user interface, with the development of this sensor. This innovation has inspired a new device– modelled on the fingertip structure—that could also help quadriplegics to communicate in the future, noted Sakuma.