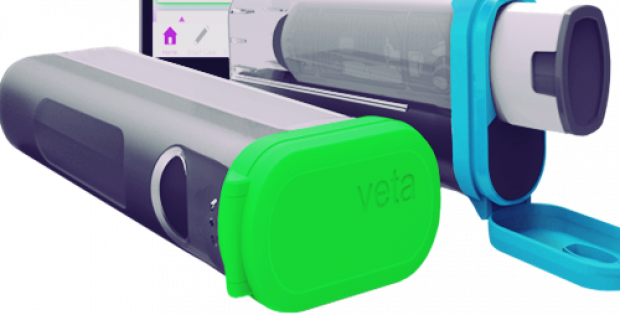 Aterica Inc., a renowned digital health company based in Waterloo, Canada, has recently announced the launch of its Veta™ Smart Case & App for general availability. Veta, is reportedly the first ever comprehensive support system for individuals & their families suffering from food allergy and anaphylaxis.

According to reports, the Smart Case include electronics & sensors to monitor the proximity, temperature, presence & removal, and approaching expiry of auto-injectors. The Veta Smart Case connects via Bluetooth technology to the Veta app which then connects through a cloud infrastructure to enable access to real-time status and alerts with the user’s interface.

As reported by the Nordic Semiconductor, the Veta Smart case leverages Bluetooth 4.0 low energy wireless connectivity provided by nRF51822 SoC to smartphones. The Veta App is compatible with Android mobile devices, iPhone, iPad, and iPod touch and is said to offer a range of connected benefits for those having epinephrine auto-injectors as well as to their friends and family members in the support circle.

Aterica further claims that one can also activate a ‘FindMe’ function from the Veta App on misplacing the case, as it is facilitated with GPS tracking technology. Veta Smart Case triggers audio ‘ping’ and emits flash light to reunite the user with their auto-injector.

For the record, nearly 40 million people in the U.S. alone have a serious anaphylactic allergy to bee stings, food, and latex that could cause life threatening reactions. As the symptoms can appear suddenly, it is important that epinephrine is immediately administered. Veta’s Smart Case & App in this scenario helps individuals & families to keep their epinephrine auto-injectors nearby, cite sources familiar with the matter.

Veta Smart Case is compatible with EPIPEN JR, EPIPEN, and Mylan’s authorized generics to the EPIPEN auto-injectors. It will be available for purchase in One & Two packs for USD 129 and USD 169 respectively at select CVS pharmacies and on Amazon.com by end of the third quarter of 2018.